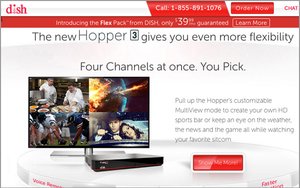 Pay TV providers lost a record 812,000 subscribers in the second quarter of his year -- largely due to consolidation of AT&T fiber-based U-Verse service with satellite TV provider DirecTV.

Overall, there are now 98.4 million pay TV customers among the cable, satellite and telco companies, according to SNL Kagan.

Cable TV operators had a net loss of 298,000 subscribers in the second quarter of this year, down 13.6% from the same period a year ago. SNL Kagan says cable now totals 52.9 million subscribers.

Satellite pay TV services, even with the efforts of AT&T, still had a net loss of 26,000 customers, currently at 33.3 million pay TV homes.

Pay TV subscribers have been regularly declining since the second quarter of 2010.