CNBC Documentary Might Be The Best 9/11 Show This Year 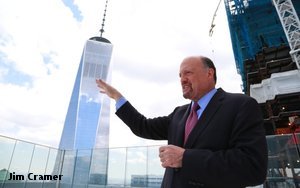 Next week will bring the annual mother lode of 9/11 commemorative TV shows, even more this year than last because of this year's anniversary -- the 15th.

Why a 15th anniversary is more important than, say, the 14th or the 16th I cannot say. But when it comes to anniversaries of news events, TV loves its every-fifth-year commemorations. And some of those are deemed even more special than the others. When the 25th and 50th anniversaries come around, watch out.

Please don't visit this space next week in search of multiple accountings or reviews of 9/11 commemorative programming scheduled to air next week in the days leading up to and including Sept. 11, which falls a week from Sunday.

I am not a fan of commemorative TV specials about that awful day because so many of the shows force you to relive it with all of their video footage of the burning Twin Towers, the smoke pouring out of their gaping holes and then their collapse in a great cloud of dust and debris.

However, almost purely by happenstance, I tend to come across at least one 9/11 show each year that goes against the grain. One such show turned up the other day, provided by CNBC. It is called “Ground Zero Rising: Freedom Vs. Fear” and it airs Thursday night (Sept. 1)

The host/correspondent for this one-hour look at the present-day “Ground Zero” in lower Manhattan is Jim Cramer, the vociferous and sometimes wild-eyed host of CNBC’s stock-picking show “Mad Money.”

In this show, for which CNBC film crews visited construction sites and completed structures in and around the World Trade Center site for many months, Cramer fixes his gaze almost entirely on the present and future. Images from Sept. 11, 2001 appear only three times in the hour, and each time the pictures are shown only briefly.

Instead, this beautifully made show is about the site today and what it has become -- a place in which a huge and dramatic memorial plus a 9/11 museum share space with decidedly commercial concerns -- most notably new office towers (anchored by One World Trade Center, pictured above) and a transit hub doubling as a high-end shopping destination.

Cramer and his interview subjects get into some touchy subjects. Among them is the question of why anyone would want to lease office space in the new One World Trade Center (ostensibly the replacement for the Twin Towers) when this new conspicuous building remains a tempting target for terrorists.

He gets various and illuminating answers. David Remnick, editor of The New Yorker, whose offices relocated to the building in 2014 from Times Square (along with the rest of Condé Nast), acknowledges that thoughts of 9/11 are never far from one’s mind when one works at the World Trade Center. But at the same time, the liveliness of the site’s plaza is a reminder that life goes on.

When he explains his change of heart about the site, his words resonate, especially if you are a New Yorker who still cannot bear to go there, even after 15 years -- unlike the throngs from out of town who flock so willingly to the area’s tourist attractions every day.

In its exploration of the rebuilding of the World Trade Center site, this documentary is on the right track. If there is a theme to it, it is that life can go on at such a place, side by side with the terrible memories of what happened there. The show makes the case that the restoration of life to this once lifeless plaza is a fitting tribute in and of itself to the people who died there.

Cramer is a very engaging tour guide for this hour. His candid interviews with the movers and shakers of the World Trade Center redevelopment – from real estate tycoons to hard hats -- make this documentary a very valuable document of its era. This show also benefits from a high quality of production -- i.e., the pictures are beautiful, like a television show should be.

It’s too early to tell if this show will emerge as the best of the 9/11 shows on tap for this week and next. But it is a very strong candidate.