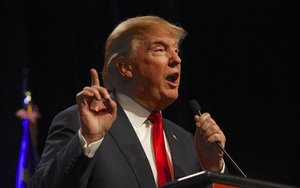 Political advertising on local TV is now estimated to total under $3 billion for the year, according to one media analyst -- lower than early projections.

Brian Wieser, senior research analyst for Pivotal Research Group, says: “If we assume that spending might slow to end up 20% to 30% over 2014 levels -- or around 10% over 2012 levels -- total spending would end up under $3 billion on a full-year basis.”

Earlier projections estimated that overall political spending for local TV stations would be as much as 20% higher this year over 2012 levels, and 40% more than 2014.

One “wild card,” says Wieser, comes with the advertising of the Presidential race -- the two main Presidential candidates and affiliated Super PACs.

By the end of August, media spending was less than half of what it was compared the end of August of 2012 during the last presidential year -- only $139 million now -- versus $423 million four years ago, according to Advertising Analytics’ data.

This decline can be largely attributed to lower media spending from Republican candidate Donald Trump.

Through August -- looking at 17 TV station groups -- bookings of commercials that ran in the third quarter were up 35% over the third quarter of 2014 -- a so-called mid-term election year. Year-to-date bookings are 41% higher over the same period in 2014.

Even at lower levels, Wieser says “political advertising on local TV would still remain a significant factor for the industry."