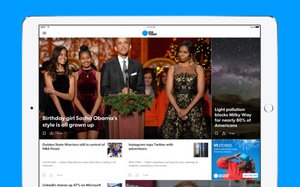 Gannett has lost another round in a battle over whether it violated a video privacy law by allegedly sending Adobe information about people who downloaded USA Today's app.

Late last week, a federal judge in Boston rejected Gannett's argument that the potential class-action should be dismissed because Massachusetts resident Alexander Yershov wasn't injured by any alleged violation of the privacy law.

U.S. District Court Judge F. Dennis Saylor IV ruled that even though Yershov's alleged harm was "intangible," he could still proceed in court. "The intangible harm allegedly suffered by Yershov ... is a concrete injury," Saylor wrote in a 19-page ruling.

The decision marks the latest setback for Gannett in a high-profile battle over whether USA Today's app runs afoul of the Video Privacy Protection Act -- a 26-year-old law that prohibits video providers from disclosing personally identifiable data about consumers' video-watching history without their consent.

Yershov alleged in a 2014 lawsuit that Gannett violated that law by sharing information about Android users -- including device identifiers, geolocation data and video viewing history -- with Adobe.

Gannett previously argued the case should be dismissed at an early stage for several reasons. The company contended that Android device identifiers -- a string of numbers unique to each device -- are not personally identifiable information. The company also says people who download a free app aren't "subscribers."

Saylor initially agreed with Gannett and dismissed the lawsuit. But Yershov appealed to the 1st Circuit Court of Appeals, which revived the case and sent it back to the trial court. The appellate judges wrote in a decision issued in May that device identifiers combined with geolocation data could be personally identifiable.

Gannett unsuccessfully asked the appellate court to reconsider that order. The news publisher's efforts were supported by a host of outside companies and organizations, including the Interactive Advertising Bureau, The New York Times and Huffington Post. The groups argued in a friend-of-the-court brief that the appellate court's decision "risks exposing companies to broad class action liability for routine digital transactions that are essential to online content distribution."

Earlier this summer, Gannett asked Saylor to throw out the case on the grounds that Yershov wasn't injured. The company argued that the Supreme Court's recent decision in a matter involving online data broker Spokeo required dismissal of Yershov's lawsuit.

The Supreme Court ruled that Spokeo would only have to face a lawsuit for allegedly displaying incorrect information about consumers if the they can first show the errors caused a "concrete" injury.

The Spokeo matter was centered on the Fair Credit Reporting Act, as opposed to the video privacy law. But Gannett argued that the Supreme Court's rationale also applies to privacy cases.

"Yershov does not identify any concrete injury that he suffered from Gannett’s alleged disclosures," Gannett wrote in legal papers filed in late June. "And any injury he can conjure up would require a lengthy chain of assumptions and speculation about what a third-party might do."

Gannett and Yershof are expected back in court later this month for further proceedings.