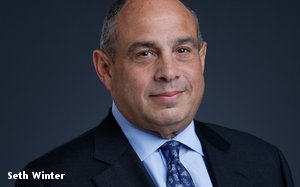 Longtime NBCUniversal senior sports advertising sales executive Seth Winter is pulling back from his selling responsibilities at the media company.

NBCUniversal says the EVP of advertising sales of the NBC Sports Group -- in charge of the recent Rio Olympics, which brought in $1.23 billion -- is stepping into an advisory role come October.

NBCUniversal has not yet named a successor for Winter’s post.

He will keep the consulting position for NBC Sports through 2018. At that point, NBCUniversal will not only have another Olympics -- a Winter Olympics in South Korea -- but a Super Bowl and a World Cup.

In a memo sent by Chairman of Advertising Sales and Client Partnerships at NBCUniversal Linda Yaccarino to staffers, she said: “Seth embodies the things we love about sports — from his competitiveness, to his drive, to his putting the team above everything else. Seth remains one of the toughest negotiators you’ll ever meet.”

NBCU says Winter and his ad team broke an Olympics advertising sales record with its $1.23 billion take in the Rio games, surpassing its $1 billion advertising revenue for the 2012 London Olympics.

Winter, who is a 16-year veteran of NBCUniversal, joined the company as vice president of advertising sales at cable news network MSNBC. From there, he added responsibilities for NBCU’s digital advertising in 2004. He became SVP of NBC Sports sales in 2006.

Before NBC, he had a number of senior posts at local TV stations, including VP/GM of WRBW in Orlando.