Here We Go Again: Every Year At 9/11 Time, TV Overdoes It 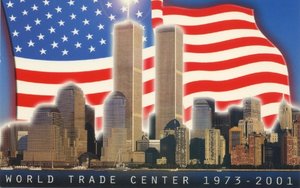 They just might be my least favorite group of TV shows all year.

They’re the annual tributes to 9/11, all the documentaries and “special reports” recounting the events of that day. Taking them all in -- even while trying to avoid them, which is near-impossible at this time of the year -- is a sad, maudlin experience.

It’s as if the TV powers that be feel we’ll forget about 9/11 unless they hector us about it. Memo to the geniuses who make the programming decisions at the broadcast network news divisions, our local TV stations, the cable news channels and all the entertainment networks that have also been airing various documentaries this week: We will never forget 9/11, and we hardly need the TV industry to pound its incessant reminders into our heads every year either.

From a news standpoint, these annual exercises in “paying tribute,” “looking back” or any other of the many ways the networks position their annual 9/11 programs, are not technically newsworthy anyway. The vast majority of them never tell us anything new. They just remind us how terrible it all was. Thanks a lot.

A pass is granted to the live programming the networks air on the actual 9/11 date -- which falls this Sunday. The annual ceremonies at Ground Zero in lower Manhattan and elsewhere -- including the dirge-like reciting of the names of the dead -- qualify as news events. They’re tailor-made to be covered by television.

Much of the other 9/11 programming that you see at this time of year comes across as unnecessary, redundant and even exploitative as the producers of these shows take advantage of the mother lode of terrible footage they have at their disposal and then run it again and again and again. How many more years is this supposed to continue?

Many people at this time of year seem eager to share their 9/11 memories with everyone else, but I am not one of them. It’s what people do these days, right? Social media has made everyone a serial sharer.

So when a reporter with a camera crew from local TV news asks men and women on the street to tell us their 9/1l stories, the opportunity is irresistible. We then learn this man was in the shower, or that woman was on her way to work -- ordinary stories familiar to us all. This is known as the “news” of common experiences -- which isn’t really news at all.

My own take -- which is so out of fashion in our contemporary, sharing world -- is that some things are better left unshared except with those close to you. These would include how we mourn, and how we remember tragedies.

This is just one man’s opinion. For all I know, this annual cluster of 9/11 programs provides many other people with a catharsis they seek at this time of year. It doesn’t do it for me, though. And if a news crew ever approaches me for an interview about my 9/11 memories, I will just say no -- politely, of course.