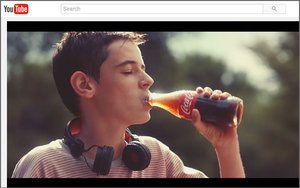 Rapid growth of digital video ads has some new evidence: Higher performance versus display, text and other digital media formats.

Digital video advertising is nearly twice as effective (1.7 times) in product purchases versus image or text ads, according to YuMe, an ad tech company. The results are from a research study with 1,000 respondents.

Some 66% of digital video viewers took action after seeing a digital video ad, with 25% making a purchase and 74% doing so in the past month.

Recall is also strong with video -- 73% of respondents remember video more than other types of content. They are two times more likely to tell others about a video ad than an image or text ads.

Emotional engagement is another strong factor. YuMe says 80% of respondents had an emotional reaction while watching an ad and over 50% of digital video viewers are more likely to pay attention than with other digital media formats.

Digital media video is projected to continue to grow by double-digit percentages in the coming years, to reach $16.69 billion by 2020, according to eMarketer.