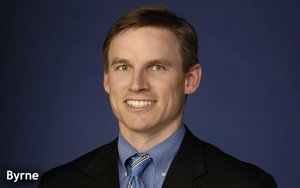 In a surprising development, Fox Networks Group's most senior advertising executive is stepping down.

Byrne, a 21-year veteran, departs after an upfront period where most broadcast and cable TV networks witnessed strong pricing and revenue gains.

Fox did not disclose the reason for the departure, but reports suggested there were issues around a new contract; Variety reported that Byrne and Fox could not come to terms.

Fox says it will immediately begin a search for a successor.

From a statement, Byrne said: “I'm leaving the company at a time when we are extraordinarily well positioned to achieve and exceed our goals after an exceptional upfront season.”

Since that time, he completely reorganized the advertising team to create a more seamless buying opportunity when it comes to all Fox Networks Group properties: broadcast, cable and digital.

Byrne has been the latest in a string of major senior advertising executive changes among traditional TV networks -- most coming right after the completed upfront TV marketplace.

Earlier this year, Discovery Communications’ Joe Abruzzese announced his retirement, saying he would be leaving at the end of the year. In addition, NBC Sports’ Seth Winter -- senior advertising executive for the Olympics and Super Bowl -- also announced he was stepping into an advisory role after 16 years at the company.