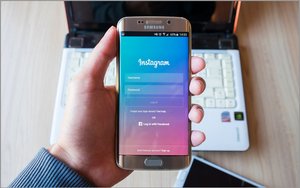 As part of a broader effort to protect users from trolls, haters and other bad actors, Instagram is inviting everyone to moderate comments as they see fit.

First offered to business users in July, the social network is now offering a keyword moderation tool to all users.

“Now, when you tap the gear icon on your profile, you’ll find a new Comments tool,” Kevin Systrom co-founder and CEO of Instagram notes in a new blog post. “This feature lets you list words you consider offensive or inappropriate.”

Per the change, comments with such words will be hidden from users' posts. Users can choose their own list of words or use default words that Instagram will provide.

This change is in addition to the tools that the Facebook unit has already developed, such as swiping to delete comments, reporting inappropriate comments and blocking accounts.

Digital harassment is bigger than any one platform. Indeed, a full 40% of online users report being subjected to some form of harassment online, according to recent findings from the Pew Research Center.

Harassment has been a particular problem for Twitter. Despite efforts to curb their activity, trolls have scared away some of the network’s most influential users.

Earlier this summer, New York Times editor Jon Weisman gave up on the network, given its failure to stem the tide of anti-Semitism being tweeted in his direction.

This month, Twitter permanently suspended the account of conservative commentator Milo Yiannopoulos -- but not before he directed a number of racist and demeaning tweets in the direction of “Saturday Night Live” star Leslie Jones.

Trying to avoid a similar fate, Microsoft recently began refining some of its processes to make it easier for customers to report hate speech.

As part of the effort, the Web giant launched a new dedicated Web form for reporting hate speech on its hosted consumer services.