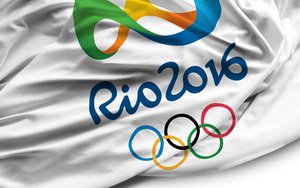 Although ratings were down for the Olympics, NBCUniversal not only reversed a trend of losing money on the two-week event, but it helped to satisfy makegood ad inventory guarantees for other TV programming for the 2015-2016 season.

“The Rio Olympics by any measure was a tremendous success,” says Steve Burke, CEO of NBCUniversal, speaking at a Bank of America/Merrill Lynch media conference on Wednesday. “NBC lost as much as $200 million in some of the Olympics in the not-too-distant past. We made over $250 million in Rio.”

Burke says this is partly attributable to lower overall costs for its long-term TV rights deal with the International Olympic Committee. “We have a very good rights deal, with a compounded growth rate of 1% over the next 16 years.”

NBC has previously said it posted a 20% improvement in advertising sales over the London Games in 2012 -- some $1.25 billion.

Still, the event had significant ratings erosion -- 15% in linear broadcast viewing and nearly 30% among 18-49 viewers. This was due to competing Olympic coverage on different NBC channels, says Burke. He gave an example where swimming coverage featuring Michael Phelps could be playing against U.S. women’s soccer game on an NBC cable channel.

“So you need to look at total audience delivery, including [broadcast networks], our cable channels, streaming and other digital,” says Burke. “But that measure we were down single digits.”

In terms of makegood inventory promised to TV advertisers due to lower ratings, Burke says NBC had plenty of inventory during the games to make those marketers whole.

In addition, he said, the extra unsold inventory in the games helped makegood TV advertisers with commercial inventory for shortfalls that occurred during the 2015-2016 regular TV season programming.

Burke says: “As a company, we are carrying out of the Olympics less makegood liability than we went in with."