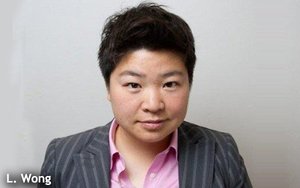 In the same week as his promotion to president and CEO of Time Inc., Rich Battista today announced that Jen Wong has been named the company’s first Chief Operating Officer, effective immediately.

Wong joined Time Inc. in December 2015 as president of digital.

“It is critical that our COO has a strong digital foundation as we expedite Time Inc.’s return to growth,” stated Battista.

Now, she will also work with Battista on the company’s overall strategy and execution, assuming oversight of the company’s Consumer Marketing + Revenue division, including Synapse, Bizrate Insights and TCS, according to a Time Inc. statement.

Wong stated she will work on “building out greater digital and data-driven capabilities that will make our consumer marketing business even more competitive and agile.”

Battista was named president and CEO of Time Inc. on Tuesday, replacing Joe Ripp just a year after Battista joined the company.

This summer, Time Inc. underwent a sweeping reorganization affecting both the business and editorial sides of the company. It moved to slash costs with around 110 layoffs, most of them concentrated in the publisher’s sales and marketing force.

In other Time Inc. news, Caitlin Miller will be returning to the parent company as managing editor of Southern Living, starting Monday, October 3. Most recently, she was assistant managing editor at Country Living, where she helped launch the new office in Birmingham, Alabama.