Giant Spoon, the breakaway shop founded by former OMD chief Alan Cohen, and three top OMDers -- Jonathan Haber, Trevor Guthrie and Marc Simons -- three years ago, is now a setting of three. The agency began informing clients Thursday that Cohen is leaving the partnership to explore a new opportunity in an even more giant organization.

“We’ve grown from four to 40 people and I felt it was time to leave,” Cohen tells MediaDailyNews, adding that the parting is amicable and that he will remain an adviser to and friends with his former partners.

Cohen, who will retain no equity in Giant Spoon, said he simply wants to take on a role transforming a bigger organization and felt GS was structured well enough to thrive without him. He said he has no specific offers, and felt it was not appropriate to explore anything until he announced his departure today.

Cohen, who cut his teeth famously as a marketer inside some of the world’s biggest media and entertainment companies -- including NBC and ABC during their heydays -- before joining the agency world as a top innovation executive at Interpublic’s Initiative and then CEO of OMD’s U.S. operations, said he could well end up at another agency holding company, in the media, or anywhere he feels he could have the greatest impact.

“I’m looking to reinvent things,” he said, adding that it is his intellectual curiosity and desire to innovate and change organizations that drives him the most.

Haber, who spent 11 years working with Cohen -- first at Initiative and then at OMD -- said he is leaving the shop in good hands. He and Simons will continue to oversee its Los Angeles operations and Guthrie will manage New York, which had been split between him and Cohen.

“For me, after sitting side-by-side with Alan for so long, the impact will be lasting,” Guthrie said of the influence Cohen had on him personally as well as the overall culture of GS.

He characterized that influence as being “culturally curious,” and said, “That energy is still here.”

That curiosity and energy contributed to the agency winning MediaPost's "Creative Agency of the Year" for 2015. 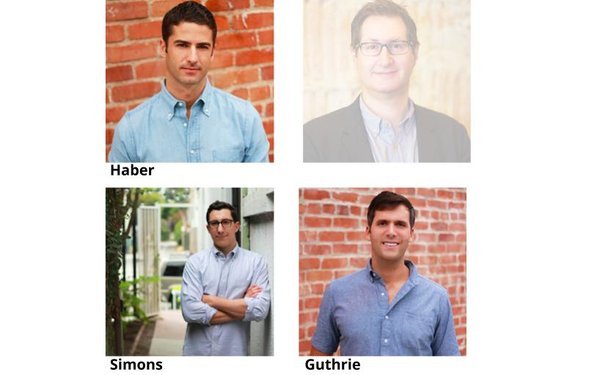