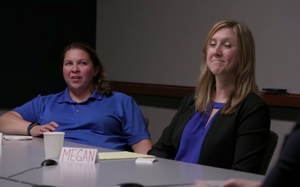 Lenovo and Motorola are thinking that maybe seven isn’t such a lucky number for consumers.

In an effort to combat the hype surrounding its competitors’ smartphones seventh iterations, Lenovo (under the Motorola brand) is encouraging consumers to “Skip the Sevens” in a new marketing campaign. The effort targets what Lenovo is calling “incremental product improvements” such as barely significant screen size increases and camera lens changes.

Instead, the campaign points to Lenovo’s latest Moto Z and Moto Mods products that employ a modular design that allows consumers to turn their phones into the devices they want, when they want them.

A video for the effort shows focus groups the brand hosted with iPhone fans on Sept. 12, asking them to describe their feelings of the iPhone 7’s new features. Most of the responses were underwhelming. “It’s not much of a difference,” says one. They are then introduced to some iPhone “prototypes,” that have modular components such as an interchangeable back that can accommodate a power pack and/or an external speaker. “I think that’s extremely innovative and makes it feel like they’re hearing what all of us consumers are saying,” says one. The phones are revealed to be a Moto Mod, promoting the attendees to think differently about their technological allegiances. “You can make announcements, or you can break new ground,” reads on-screen text.

The campaign also includes print and digital ads that acknowledge the iPhone’s revolutionary place in technological advances, but say “that was nine years ago,” and advances since then have been “incremental.” The ad concludes with a veiled reference to Apple’s previous brand positioning. “Our industry was founded on thinking differently,” it reads. “Some have forgotten. So for now, we’ll carry the torch. Different is better.”

Lenovo officials did not respond to requests for comment about the campaign.