Are You Ready For The Great Blurring?

The video marketplace has been blurring ever since I started covering it in the early 1980s. But the one happening now threatens to eradicate the last vestiges of “platform” that the advertising and media industry have been clinging onto.

My advice: It’s time to let go and embrace the fact that the only video medium that counts, is the one flickering on human retinas.

Today’s post was provoked by news that E.W. Scripps Co.’s aptly named over-the-top video news service Newsy, is now being distributed on “linear” TV. In a deal with Cincinnati Bell, cable subscribers can now access it as a TV channel -- channel 508, to be precise.

OK, so Cincinnati Bell isn’t exactly giving Newsy its best real estate, but you know, most viewers probably don’t scroll through their electronic programming guides any more than they flip through their URLs.

The real point is that Newsy has jumped from over-the-top, to under the TV set’s hood.

While that’s not an industry first, it is likely also not its last. More importantly, it is a recognition that, as far as consumers are concerned, it’s just content they want to access, regardless of how they’re accessing it.

It’s something I understood early on while covering the seminal days of the “multichannel” universe. Back in those days, we called it “cable TV.” Lots of people -- mostly broadcasters -- went to great lengths to draw distinctions between “cable” and “broadcast.” To consumers, it was just “television.”

The media industry is still having a difficult time defining what to call the current marketplace -- maybe Mitch Oscar’s “televisual” is the best option, after all . But whether you call it TV, video, over-the-top, or under-the-hood, it really doesn’t matter to the end user. The only things that matter to them is that they are getting the content they want, when they want it, and via an economic model that enables them to keep getting it.

The world of video business models will continue to get blurrier, but the models that recognize that consumer truth will, in my humble opinion, win. 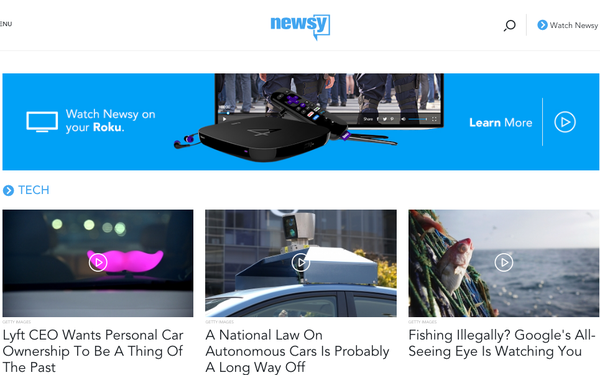