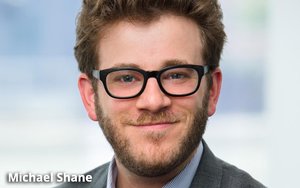 Bloomberg has announced former managing editor of Bloomberg Digital Michael Shane will be promoted to the position of global head of digital innovation.

In this new position, Shane will be responsible for collaborating with global teams,  ranging from editorial, product, engineering and sales, and strategize on future opportunities to grow Bloomberg’s audience, engagement and revenue.

Shane will report to Havens.

In a memo announcing the promotion, Havens referred to Bloomberg’s efforts over the past year to “define and set the foundation for Bloomberg Media's digital future.”

Bloomberg has launched new products, added new talent, prioritized mobile apps, global expansion and digital video, Havens stated. For example, Bloomberg.com launched a new digital series called “Hello World” in March, a show about travel and technology that is the first to build Snapchat footage into a show or series, per the company.

Now that Bloomberg is “in a better position” to map out long-term digital strategy, Shane will lead the efforts to “increase our audience of global executives, drive far deeper and consistent engagement and underpin further global revenue growth,” Havens added.

Shane joined Bloomberg in 2014. He previously worked at Vox Media, where he was director of operations for The Verge.
digital, management, online publishing
Next story loading