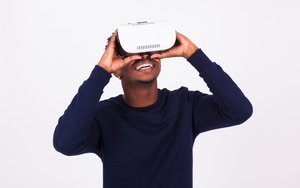 HuffPost RYOT has today announced its first virtual reality comedy series and world news show. The shows will be available for streaming this fall on the Hulu VR app.

“Virtually Mike & Nora” will often refer to the viewer as its own character, according to CNET, and one of the first episodes of “The Big Picture: News in Virtual Reality” will report on a Dadaab refugee camp in northern Kenya.

In July, The Huffington Post doubled down on immersive video and VR with wider distribution of its content, thanks to a partnership with Verizon Labs. The immersive and VR programming will be available across HuffPo’s desktop and mobile Web presence and apps, as well as various channels from HuffPo owner AOL.

AOL isn’t the only company to jump into VR.