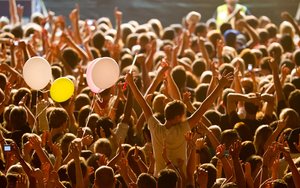 Continuing a trend seen over the past several years, the increase exceeds the projected spending growth on sports (5%), causes (3.7%) and every other property segment, as well as the 4.5% increase in overall sponsorship spending, according to IEG, which is part of ESP Properties, a WPP company.

Music continues to reign supreme as an “emotional touchpoint” for brands and fans, according to IEG Sponsorship Report Senior Content Editor William Chipps.

Demonstrated by its near ubiquity at music festivals — including an expanded presence in country music this year — Anheuser-Busch remains the undisputed leader in the live music space, according to IEG.

Twenty-eight percent of properties with a sponsor in the alcoholic beverage category report a partnership with the beverage giant, well above the sector’s next most active sponsors: PepsiCo (20%), Diageo and The Coca-Cola Co. (19%).

Fueled by new deals on behalf of its Captain Morgan and Smirnoff brands, Diageo posted the biggest gain on the most active sponsors list. The beverage giant is the third most active sponsor of music, up from seventh in 2015. The 19% of properties reporting a partnership with a Diageo brand is up from 9% last year. AT&T and Ford have dropped off the top 10 list.

Wine and spirits replace non-alcoholic beverages as the most active category sponsoring music. Wine and spirits brands are 7.4 times more likely to sponsor music than the average of all sponsors, according to IEG research.