Why There Are So Many Chevy Silverados Parked At Kohl's 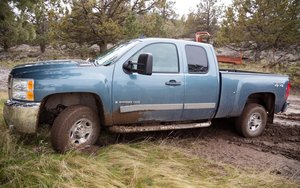 Whether a consumer shops at Nordstrom, Macys or Kohl's says a lot about their lifestyle and other purchasing preferences, according to a study.

Viant Technology’s new report, “The Anatomy of a Department Store Shopper,” investigates the shopping habits and offers insights into both online and offline behavior.

The company analyzed the shopping habits of nearly three million U.S. residents representing a sample of shoppers in the upper quartile by per capita spending for each department store. Based on those segments, Viant compared that data to other attributes in the IMP such as household incomes, television viewing behavior, grocery purchases and auto ownership.

With insights like where a shopper drinks coffee, what kind of vehicle they drive and what TV shows they watch, the research paints a bigger picture of each retailer’s consumer shopping habits and lifestyle preferences. As a result, advertisers can get actionable insights about their customers’ online and offline behaviors, empowering them with the ability to deliver the right message on the right device at the right time, according to Viant.

Consumers are becoming much more savvy about their car purchases and are relying more on their own research, much of which is being done on their mobile devices, according to the report.

In order to reach consumers effectively, automakers need to be creative with how to target and connect with shoppers on their mobile devices. Understanding shopper habits is vital because it indicates not only their purchasing power, but provides geolocation data as well.