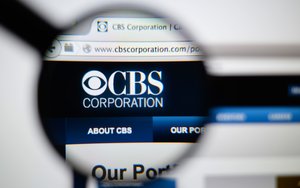 Now, just weeks after ousting the CEO of Viacom, controlling shareholder National Amusements is looking for a possible merger of its other big media company -- CBS.

A report in Reuters says National Amusements is asking both companies to start up independent company board committees to explore merger options.

For many media analysts, the news does not come as a surprise, considering how active National Amusements has been with Viacom management. This resulted in the departure of chairman/CEO Philippe Dauman and the company’s abandonment of a proposed possible minority stake sale of Paramount Pictures.

The news comes just a week and a half after Les Moonves, chairman/CEO of CBS Corp., told an investor conference it was not involved in any active merger discussions. That said, according to one analyst, Moonves would have a definite say in whether to go ahead with a merger.

In the past, CBS and Viacom had been part of the same company, majority owned by National Amusements. The two businesses were spun off as separately traded companies in 2005.

MoffettNathanson Research has long argued for the two companies to recombine into one. In a note on Wednesday, it said: “CBS provides distribution protection for Viacom’s channels in an increasingly consolidated world. CBS and Viacom together should get closer to their fair share as combined they deliver 23% of all national viewers but are paid only 14% of the affiliate fee pie.”