The platform, which was officially unveiled at the Television Bureau of Advertising’s Forward Conference in New York City Thursday morning, already is working with about a dozen agencies and a similar number of DSPs, or demand-side platforms, used by agencies, advertisers and trading desks to buy programmatic media.

Video claims to have signed more than 200 stations that will offer their inventory directly through the platform, which the demand-side can buy as market clusters optimizing audience reach across their schedules.

On the demand-side, Videa disclosed that it is already working with Dentsu Aegis’ Carat, Publicis’ Starcom, and two independents, U.S. International Media and Empower MediaMarketing, to implement programmatic TV buys utilizing the system.

Importantly, Videa said it is fully integrated with both Mediaocean’s Spectra and Comcast’s Strata, two of the primary media-buying processing systems used by agencies.

The launch comes as the TV industry increasingly moves toward automation and programmatic trading technologies in order to create a more efficient marketplace and compete with digital’s audience-targeting capabilities. 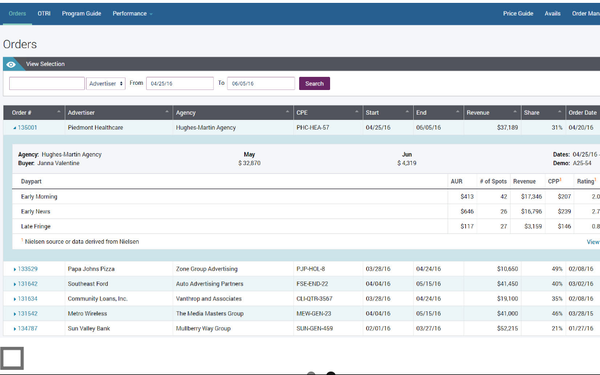