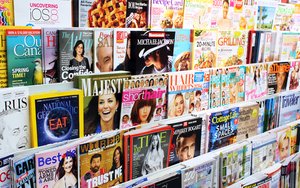 The latest Magazine Media 360° Brand Audience Report reveals the average audience for magazine brands is up 9.3% versus a year ago, the largest increase since early 2015, according to the MPA.

The August 2016 data shows that print — which includes digital editions — is holding steady, with a slight 1.2% increase in audience.

Most new unique users come from the mobile Web, which is also the largest source of monthly magazine media growth (+28.5%), as audiences shift from viewing on desktops and laptops to mobile devices.

While video represents the lowest share platform in the report, every month it continues to log double-digit percentage growth, with a notable jump of 65% in its year-over-year performance, the MPA reports.

The report also shows that of the 133 reported magazine brands, two-thirds of them (90 brands) have higher average audience numbers compared to August 2015.

The top five participating brands with the highest total audience — across print, Web, mobile Web and video — for August 2016 are ESPN The Magazine, People, Forbes, WebMD and Allrecipes.