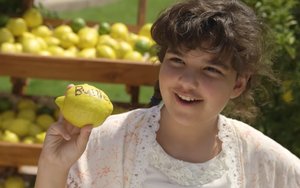 As part of its overall strategy to make life a little brighter, Cricket Wireless is helping people make better use of life’s lemons.

Launching a social marketing campaign (along the same lines as its “#PhotoMombing” effort earlier this year), the brand set up a lemonade stand in Orange County, California, offering free Lemonade to people who would write whatever was troubling them on a lemon to be squeezed into juice.

A video running on Cricket’s social channels shows people writing down the things that are bothering them -- from bullies to a bad breakup to family issues -- on lemons, and destroying the fruits. In one case, a man who had issues with his sister over social media is prompted to call his sibling and bury the hatchet. “Best lemonade ever,” he says after completing the call.

The guerrilla effort is part of Cricket’s overall message to give its customers “something to smile about,” says Nick Bianchi, Cricket’s director of corporate communications. Previous elements have included an effort to get moms to slightly embarrass their kids by photobombing their social media posts and a stunt in which WWE wrestler John Cena surprises some of his biggest fans.

“All those campaigns have stemmed out of our tagline, ‘Something to smile about,’” Bianchi tells Marketing Daily, noting that many of the company’s recent marketing efforts have been about bringing that idea to life in the real world.