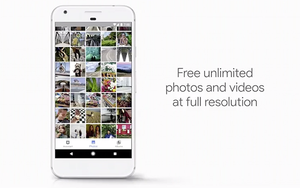 Google has found a clever way to expand its search and advertising businesses. On Tuesday the company announced a series of hardware and software applications that will help the search giant build out its services for brands, similar to Apple's strategy of building phones and tablets to profit from online services.

Part of the strategy means moving from a mobile-first strategy to an artificial intelligence (AI)-first strategy. "The next big innovation will take place at the interaction of hardware and software supported by AI," said Google CEO Sundar Pichai during a live streaming event.

The hardware devices range from the smartphone Pixel to The Home wifi speaker, supported by search, virtual reality, YouTube, a host of partners such as Warner Bros., and the Google virtual assistant.

Google Assistant, a cross-device and voice-capable personal assistant, relies on machine learning to answer questions, along with and computer pattern recognition to help locate and identify images in photos, not just objects.

The Home wifi speaker will take on Amazon Echo, but Google Virtual Assistant will compete with Siri and Cortana. Individuals will do more searching through voice. Planning a trip to Costa Rico with help from Google's assistant not only provides a list of local camping stores selling gear, but also directions and local traffic reports from Google Maps.

And when the user gives the Google Virtual Assistant permission, it will pull together all the information found in the daily calendar, emails, and other digital locations to brief the person on their day. For example, the assistant will provide a daily briefing of the time, the local weather, the daily commute time to work, and a daily list of chores, activities, and meetings for the day.

The smartphone Pixel is the company's latest effort to sell consumers on a Google-branded device. The phone runs on the newly introduced operating system Nugget, offers a battery that charges for 7 hours in 15 minutes and live 24-hour customer care from the phone complete with screen share options.

Pixel will also become the first phone to offer Google's virtual reality Daydream app when it launches with Daydream View, its first VI headset. Crafted with fabrics, soft microfiber found in clothing, the device was designed with clothing designers. The headset fits over eyeglasses and easy to install the phone, which connects through WiFi. Daydream View goes on sale in November.

Google announced a game that ties in with Fantastic Beasts and Where to Find Them. The Google team also showed how Google's Street View and YouTube's 360-degree videos look, and said Hulu, HBO, and Netflix will all become available through apps.