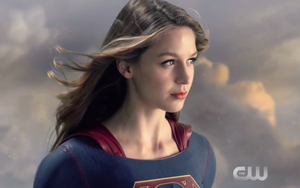 Continuing to pursue TV-related ad deals, Twitter disclosed an “upfront” deal with The CW and Ford Motor company for its Twitter Amplify effort.

This includes "Supergirl," "The Flash," "Arrow," "DC's Legends of Tomorrow" and "Supernatural." Ford Motor advertising will appear on the videos, which will be posted on the network’s Twitter accounts.

CW says the deal will leverage online content to the network’ most popular series, where Ford can join the social media conversation. The network says this is part of its Social Convergence sales strategy, connecting brands to The CW's audience.

But Mike Park, director of content partnerships and the Twitter Amplify program at Twitter, says in reports that there was "nothing at this scale or nothing at this size" in its entertainment category so far.

Twitter Amplify has done a number of deals in the recent past, including with NFL's “Thursday Night Football” on CBS; McDonald’s, Verizon, and Microsoft struck NFL Twitter deals. A recent deal tied Twitter Amplify with Bloomberg's pre- and post-presidential debate coverage on Sept. 26.

The three-year-old effort, Twitter Amplify, has also had many partnerships with other TV networks/media companies, including BBC America, Fox, Discovery Channel, Vevo, Vice Media, Fuse and The Weather Channel.