Jarlsberg's Red Carpet Campaign: 'I'll Have What Cheese Having' 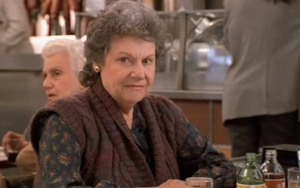 Jarlsberg Cheese continues to celebrate its 60th anniversary by rolling out the red carpet with a campaign running through November. The Norway-based cheese company along with agencies Perfect Fools and the Bender Group are introducing the "Food Angle Program" that recreates three famous dinner movie scenes with a twist to highlight Jarlsberg cheeses.

The scenes include a midnight pasta dinner made for mobsters, a "lonesome" mac n’ cheese meal and a diner lunch made famous in "When Harry Met Sally." The videos have subtitles to show how to recreate these classic dishes so viewers can make them home.

Fans can view videos and upload the cookbook by visiting Jarlsberg.com. A select number of hardcover cookbooks will also be available for a limited time.

The initiative is supported by digital and Facebook ads, as well as across social media. Instagram, to that end, hosts the featured menus and images from the videos.

“Most classic movies have an epic food scene – but it is rare that the dish takes center stage," says Deborah Seife, marketing manager, Jarslberg Cheese.  “With food becoming totally entwined with pop culture, we at Jarlsberg thought it was a perfect time to turn the camera toward the dishes.”

This campaign follows this summer's celebration in which Jarlsberg awarded several all-expense paid trips to visit its home country in Norway.