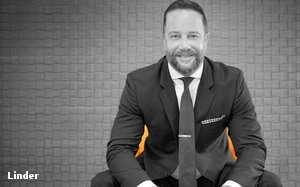 He will oversee marketing and business development across MDC Partners’ largest agency portfolio and market and also work with MDC’s regionally based CMOs, Stephanie Nerlich in Canada and Lotta Malm Hallqvist in Europe.

Linder, who is based in Florida, reports to Bob Kantor, chief marketing and business development officer.

The elevation to this newly created position underscores Linder’s role in helping to drive the holding company's recent and expected future growth.

He is credited with spearheading efforts that have led to many of the network’s big wins of late, including MillerCoors, The Hershey Company, Campbell’s Soup Co., The Truth Initiative and Beats by Dre.

Prior to joining MDC, Linder served as SVP and chief growth officer for creative agency Doner, which MDC acquired a stake in in 2012.  Before that, Linder was CMO for Omnicom shop Zimmerman Advertising in Fort Lauderdale and led business development for Olson in Minneapolis and IPG’s Jack Morton Worldwide.

“What sets Ryan apart is his boundless energy and enthusiasm for business development, and the investment he makes in building deep agency and client relationships,” stated Kantor. “Ryan works across MDC’s diverse partner agencies to expertly align them with the right clients, which is why so many brands count on him as a partner and a stakeholder in helping them achieve their goals."

MDC confirmed that Linder’s previous SVP business development position will not be filled.