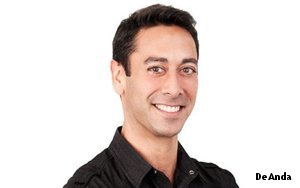 DeAnda, a 14-year TBWA veteran, will remain based in Los Angeles.

He left the agency in April of this year after a two-year stint overseeing the LA operation. Earlier, he served three years as COO of the agency’s Tokyo office. Before that, he worked at the agency’s Media Arts Lab, the unit formed to service the global Apple Account about a decade ago.

"His work with TBWA has given him a global point-of-view that will resonate with both consumer digital clients as well as with marketing and advertising clients," stated Tom Snyder, Global Managing Partner, Consumer Markets Practice.

"He will bring a wealth of expertise within the digital marketing sector, broadening the firm's ability to serve clients internationally."