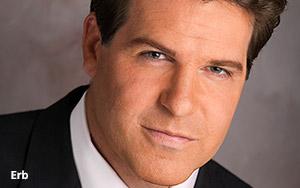 The new shop has been in the works for months and Mediabrands has tapped talent both inside and outside the company for the new agency which will serve a roster of new and existing clients including Merck, Teva, BMS and Takeda.

A Mediabrands rep stressed however that the new shop will not be involved in servicing Johnson & Johnson which will continue to be served solely by J3 the dedicated entity within UM.

Back in April the company tapped healthcare marketing veteran Jeffery Erb to oversee the setting up and launch of the new operation. He’ll serve as Healix President, North America and report to Mediabrands NA COO Chris Loll.

Previously Erb was SVP and Managing Director at Alliance Life Sciences, a consultant, tech and data solutions company for the pharmaceutical and medical device business sectors.

Also joining Healix is Peter Duffy who serves as growth director. He joined the company in August from Harte-Hanks where he was VP Health Marketing and led the healthcare business development team.

Also Michael Baliber, who has been SVP Director of Media Strategy for ID Media has joined Healix as VP, Director Of Digital Innovation, Digital Media.

The shop has also recruited a team of pharma, biotech and nutraceutical experts to examine issues, identify solutions and provide media planning strategies. The agency will also collaborate with sibling specialist units including Reprise, Ansible, Cadreon and Society to address client needs.

The new agency will have offices in New York (where it’s headquartered), Princeton, NJ and affiliates in Europe, the Middle East and Africa and the Asia Pacific regions.

Mediabrands Global CEO Henry Tajer described Healix as “an evolution of our best-in-class services." The agency’s team, he added is “wholly committed to creating better business outcomes for healthcare brands, backed by our network’s expertise across media intelligence and innovation.”