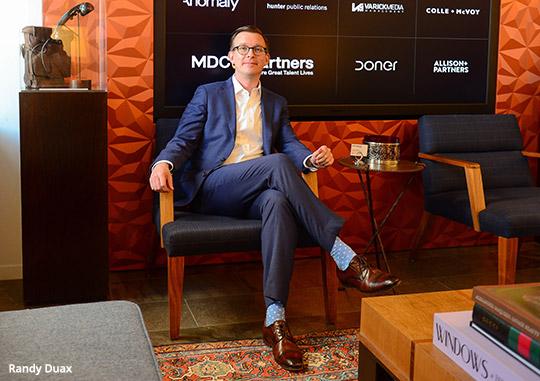 Based in New York, he reports directly to chairman/CEO Scott Kauffman.

Most recently Duax served as WPP's talent director of Asia Pacific where he was responsible for senior executive recruitment across WPP’s company holdings and teams in Singapore, Shanghai, Sydney and Tokyo.

Before relocating overseas, he worked for WPP in New York and oversaw senior executive recruitment across WPP’s agencies in North America.

Duax launched his career at Koller Search Partners, where he rose to the position of Managing Director, overseeing the firm’s advertising and marketing practice.

“No industry is more dependent on talent than ours, and we are highly proactive in ensuring that MDC and its agencies attract the very best, most entrepreneurial and most creative talent in the world,” stated Kauffman.  “With the addition of Randy to our team, we are further enhancing our talent expertise to meet the expanding needs of our agency partners and their clients, ensuring that MDC remains ‘The Place Where Great Talent Lives.’”