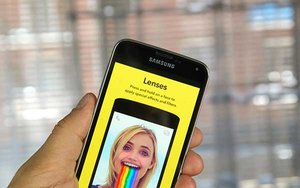 Snap, Inc. is reportedly preparing an IPO that will value the company formerly known as Snapchat at around $25 billion.

The social darling is shooting for a March offering, The Wall Street Journal reports, citing sources. A company representative declined to comment on the report, on Thursday.

Standing in stark contrast to struggling social networks like Twitter, Snapchat is presently making more money than it can count.

Indeed, despite direct competition from Facebook and other tech giants, the company is positioned for “explosive” growth in ad revenue over the next few years, according to a recent forecast from eMarketer.

The research predicts that the playful messaging app will generate $366.69 million in ad revenues this year.

Cathy Boyle, principal analyst at eMarketer, recently said Snapchat’s bright outlook has everything to do with its young user base. “Advertisers are attracted to Snapchat for its broad reach among young Millennials and those in Generation Z, which are valuable demographic groups for many businesses,” Boyle notes in a new report.

Bounding into hardware and physical fashion, the company recently unveiled Spectacles -- stylish video-recording sunglasses that are expected to retail for $130.

Set to hit shelves later this fall, the shades can record 10-second video snippets, which are designed to approximate one’s natural field of vision. That's thanks to a 115-degree lens, which records circular video. If Spectacles are well received, Snapchat would become the first company to convince consumers to wear connected gadgets on their face.

Google notoriously spent millions of dollars in development and marketing dollars, before giving up on its Glass initiative. Yet Snapchat -- which just rebranded itself as Snap, Inc. -- seems to have learned a few things from Google's failure.

like Google, Snapchat currently enjoys a strong bond with young consumers -- the ideal demographic for starting trends and popularizing products.

Although bold, Snapchat’s move into hardware should not come as a complete surprise to industry watchers. The social darling recently joined the industry group that runs the Bluetooth wireless standard, which followed several hires and smallish acquisitions in the arena of consumer electronic