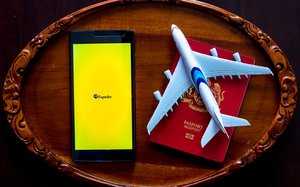 VisitBritain and Expedia are launching a multimillion-dollar, three-year partnership to market Britain to Americans.

The campaign aims to generate over $165 million of additional visitor spend to the UK economy. The U.S. is considered Britain’s most valuable inbound visitor market. Visits from the U.S. grew 10% to 3.3 million in 2015.

The multi-phase campaign introduces Americans to 365 Days of #OMGB British travel moments on a bespoke content platform (www.expedia.com/omgb). A TV campaign will be launched in the U.S. in January.

The content platform allows for other partners, including airline partners, destination management organizations and travel suppliers to provide detailed local information about places that are not so well known by international visitors.

The campaign will also leverage influencers and social media to encourage visitors to share their own moments using #OMGB, which trended on Twitter earlier this month as part of teaser activity.

Developing products that make it easier for overseas visitors to navigate Britain and experience more of what the nations and regions have to offer is central to the partnership, which has already seen the integration of bookable rail products fast-tracked onto the Expedia platform.

“This partnership with VisitBritain, which builds on our successful collaboration together over the last five years, will influence travelers across the purchase journey by highlighting the many hidden gems across all parts of the country throughout the year with easy ways to book a trip to Britain,” says Noah Tratt, Expedia media solutions global senior vice president, in a release.

The campaign is part of the UK Government’s global GREAT Britain campaign, which showcases the very best of what Britain has to offer as a place to visit, study and do business.