Dentsu Gets Happy As Mcgarrybowen Expands To India 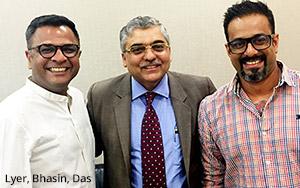 Dentsu has agreed to acquire Bangalore, India-based ad agency Happy Creative Services. Terms weren’t disclosed but the deal is expected to close in the next few weeks.

Following the acquisition, Happy Creative will become part of mcgarrybowen, one of Dentsu's ten global network brands, and will be rebranded "Happy mcgarrybowen."

Founded in 2007 Happy Creative’s offering includes brand creation, online and offline communication strategies for existing brands, and the planning and implementation of marketing campaigns. It currently has a staff of approximately 100.

In its September ad spending forecast, Carat, also part of Dentsu, reported that the India market will grow 12% this year and nearly 14% in 2017.