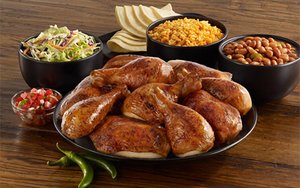 Vitro, based in San Diego will oversee all research, strategy, production, and integrated communications across television, radio, digital, and out-of-home.

The chicken chain, located primarily in the Southwest, spent $16.7 million on ads last year, according to Kantar Media, and a little more than  $8 million during the first half of 2016.

“Vitro’s strong vision and creative approach to driving brand distinctiveness and restaurant level performance made them an exciting choice for us,” stated Ed Valle, CMO of El Pollo Loco. “Vitro is known across the industry for their innovative business solutions and we are looking forward to working together as we team up to create programs that engage our consumers and continue to drive awareness of our brand.”

Consultant AAR Partners, managed the agency search process. The account was previously serviced by Butler, Shine, Stern & Partners, which won it in 2012.