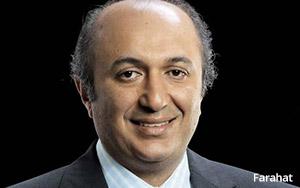 Former Procter & Gamble executive Tarek Farahat has been appointed to the WPP board of directors. He succeeds Roger Agnelli, who was killed in a plane crash earlier this year.

Most recently Farahat has served as Global President for Marketing and Innovation at meat and poultry processing giant JBS Global, a post he was appointed to in 2015.

Commenting on the appointment, Roberto Quarta, WPP's Chairman, stated: "Following the tragic death of Roger Agnelli and his family in March 2016, the Board has sought to find an individual with similar vision, experience and strong interest in the Latin American markets, all of which are of strategic importance for our business.

"Tarek's considerable knowledge of these markets and his proven track record of running consumer-focused businesses in Latin America, the Middle East and Europe will add strength and value to the WPP Board and to the Company. In addition, his global public company board experience will enhance our Board effectiveness."