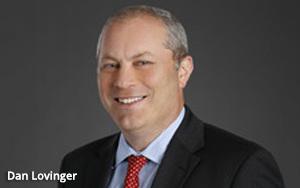 NBCUniversal is making a new round of senior advertising executives changes.

NBC senior ad sales veteran Dan Lovinger will be EVP of NBCUniversal Sports Sales Group, according to a memo sent out by Linda Yaccarino, chairman of advertising sales and client partnerships for NBCUniversal.

Lovinger -- who had headed up entertainment sales for NBC broadcast network, USA Network and Syfy -- will be replacing longtime NBC sports advertising chief Seth Winter, who announced recently that he was stepping aside into an advisory role.

Mark Marshall, who was SVP of portfolio sales in Chicago, will take over from Lovinger, becoming EVP of entertainment sales and leading all NBC Entertainment, Syfy and USA efforts.

Mike Rosen, who had supervised all advertising sales at Telemundo, will now be EVP of portfolio sales and strategy for NBCUniversal -- a new position. Rosen, who was EVP of NBCU News & Hispanic Groups Advertising Sales, has also been a veteran media agency buying executive.

Laura Molen will be expanding her responsibilities and taking over Rosen’s Telemundo responsibility. Molen has been EVP of lifestyle advertising sales group, which includes Bravo, Oxygen, E!, Esquire and Sprout.

With Rosen changing positions, Mark Miller has been promoted for the NBCUniversal news group -- which includes NBC News, MSNBC and CNBC. He has been EVP of advertising sales for NBCUniversal News Group.