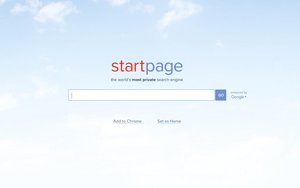 A little-known search engine that focuses on user privacy has canceled its partnership with Yahoo. StartPage made the announcement Monday.

"We can no longer have confidence in them," according to StartPage CEO Robert Beens. He predicts that while his company is the first to part ways with Yahoo, others will likely follow.

A Yahoo spokesperson said there's no official partnership between the two companies, though Europe-based StartPage said it informed Yahoo Monday that it will drop the company's aggregate search results from its metasearch platform Ixquick.eu by the end of the month.

"We are not the only ones disturbed by Yahoo’s lack of openness about major privacy violations,” Beens said in a prepared statement. "Even though Ixquick.eu can't be affected by Yahoo’s government ties because of our strict privacy protections and our location outside US jurisdiction, we no longer feel comfortable partnering with them."

Beens cut ties after Yahoo -- which is in the midst of a $4.83 billion sale to Verizon -- admitted to a 2014 data breach in which email addresses, passwords, and birthdates for more than 500 million users were stolen. Then in early October, Yahoo was confronted for secretly aiding the U.S. government in spying on its users’ email, whether those users were accused of wrongdoing or not.

Silicon Beat reports the digital rights group Fight for the Future has launched a "Dump Yahoo" campaign urging users to delete their Yahoo accounts. The organization notes on its Web site that it received support from the Ford Foundation and Knight Foundation. It also lists DuckDuckGo, a StartPage rival, as a $25,000-or-more funder.

"Listed as a funder of $10,000 or more is Yelp, with whom Yahoo entered a partnership in 2014 to include the review site’s listings and reviews into Yahoo search results," per the report.