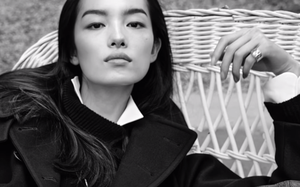 When it comes to shopping the latest looks from luxury fashion brands, the rich aren't so different than the rest of us: They want what’s new, and they want it now. But that drive for instant gratification has rattled the fashion world’s sturdiest brands, as they continue the struggle to reinvent themselves in a “but Amazon can get it to me tomorrow” world.

That has contributed to sluggish sales in luxury goods, and many brands are trying to change their game. Ralph Lauren, in the midst of a massive turnaround effort, had its first shoppable runway show last month, for example. So did Burberry, which is pushing both its digital and straight-to-consumer efforts hard amid declining revenues decline. And even Hermès, one of the most elite luxury labels, is reported to be opening a pop-up shop in Nordstrom in an effort to broaden its appeal.

The direct-to-consumer trend is continuing to shake up the fashion world, with L2 Digital -- a market research company -- reporting that last month, 21% of the brand’s participating in New York Fashion  Week had some way of making collections shoppable, either online, in stores, or both.

“It’s a mixed bag,” says Milton Pedraza, CEO of the Luxury Institute. “There are consumers who definitely like clothes right off the runway and into their hands. But there are also some brands who are saying, ‘we need time and we do it right.’ And vive la difference.” But when brands do decide to pursue new avenues? “Then they need to execute it brilliantly,” he tells Marketing Daily. “If you’re going to act like H&M or Zara, you better have a supply chain that good.”

Because luxury fashion brands “derive their value from scarcity and exclusivity, the current fashion cycle is unsustainable and dissonant with what the consumer wants,” reports L2. “In response, brands are starting to experiment with DTC models that cut out the wholesaler and focus sales operations in-store and through e-commerce.”

The ads support the September collection that was, in a first for the brand, shown in real-time so consumers could buy the clothes right off the runway. The fiercer focus on the evolution of the ways women want to shop, including a more sophisticated digital offering, is key to the turnaround plan the company launched earlier this year, following steep losses and declining revenue.

Burberry, too, is struggling, but counting on digitally adroit young fashionistas to pull it along. In its just-released financial results, it says retail sales increased 2%, despite on overall revenue decline of 4%. The store gains came, it says, as a result of brand elevation efforts. And consumers seem responsive to the see-now-buy-now approach of its recent runway show.

And Hermès, not the kind of brand that would normally stoop to the level of mere department store, is opening its first-ever store-within-store project, partnering with Nordstrom. Luxury Retailer reports the pop-up shop is selling silks and jewelry.

Pedraza thinks it can be a good fit, as long as the goods “are more affordable and very now. Nordstrom is a full-price store with a reputation of impeccable service. And in terms of similarity in ethics and  social responsibility, this can be a good partnership.”

But luxury sales may not pick up anytime soon. Bain & Co., which tracks luxury spending around the world, says it expects the affluent to continue to be stingy, and that the gain of just 1% in the first quarter of the year is likely to continue throughout the year.