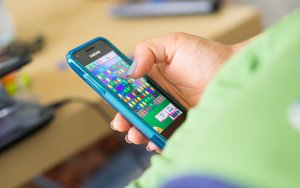 Many video games make their money off selling in-game items and upgrades, but consumers aren’t necessarily loving it.

According to the NPD Group, 28% of consumers 13-54 have purchased additional video game content in the past three months. The company divided these purchases into two categories: micro-transactions, which are in-game purchases, and downloadable content, which are playable game extras.

While micro-transactions are purchased more often than downloadable content (23% vs. 16%, respectively), in both cases, nearly half of them said the purchases were not worth the extra expense. For the downloadable content purchasers, many felt the content should have been part of the original games.

Half of the micro-transaction purchasers said they would be influenced to make purchases if they were less expensive. More than two-thirds (68%) said they felt the play-to-win aspect of these transactions was unfortunate. More than half of downloadable content purchasers felt similarly, according to NPD.

“Spending on micro-transactions and DLC is currently healthy, but game publishers and developers must not lose sight of the importance of looking at areas that will stimulate spending growth without compromising real and perceived value of the content they’re providing,” said NPD industry analyst Sam Naji in a statement.