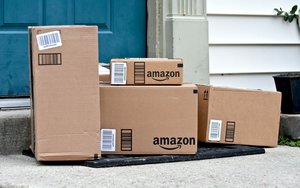 Amazon has the distinction of capturing three of the top 20 spots in the 2016 Brand Keys Loyalty Leaders. Apple captured two spots this year.

More than a third (35%) of the list are digital technology, social networking brands, or brands that facilitate digital tech or social networking. That is the key finding of the 20th annual survey conducted by Brand Keys, Inc., the New York-based brand and customer loyalty and engagement research consultancy.

“The shifts in loyalty leadership have been monumental this year,” said Robert Passikoff, Brand Keys founder and president. “And while digital brands represent the lion’s share of this year’s list, they also command 80% of the top 20 loyalty leaders spots."

There were some shifts for the two brands compared to 2015 when Amazon’s online retail category was no. 8, tablets was no. 2 and video streaming no. 10. For Apple, tablets was no. 4  in 2015, while smartphones was no. 3.

“Consumers haven’t entirely deserted traditional brands,” Passikoff says. “The largest loyalty shifts this year have been in traditional areas like apparel, retail and athletic footwear, which for brands is both a gift and a curse.” Gift-wise loyalty is a leading indicator of positive consumer behavior toward brands.

Brand Keys Loyalty Leaders analysis was conducted in September 2016 and includes assessments from 42,792 consumers, 18 to 65 years of age, from the nine US Census Regions, who self-selected the categories in which they are consumers and the brands for which they are customers. Seventy-five percent (75%) were interviewed by phone, 20% via face-to-face interviews (to account for cell phone-only consumers), and the remaining consumers assessed categories and brands online. The 2016 Loyalty Leader assessments examined 72 categories and 635 brands.

Brand Keys also formulates the annual Customer Loyalty Engagement Index, which is by individual category -- and, while it uses the same predictive metrics, is a world-view of loyalty. The Loyalty Leaders is a cross-category examination of brands.