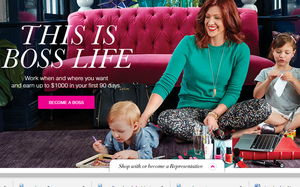 Avon has selected Horizon Media as its Offline Media AOR to handle all of its non-digital media planning and activation in the U.S., following a competitive review. Horizon will work alongside Creative AOR Terri & Sandy (T&S).

Avon has not had an incumbent for offline media in North America in a number of years. The beauty brand became a private company, majority-owned by Cerberus Capital Management in March 2016, when Avon’s North American business separated from the global, publicly-traded company, Avon Products.

Horizon was tapped for media planning and buying for the "This is Boss Life" campaign designed with T&S to recruit Representatives and ignite brand passion.  The campaign launched on October 7 across national print, broadcast, and radio media.

“It is an exciting time at Avon as we work to be the best social selling company in the U.S.  We view ourselves as a 130 year old, $1 billion startup, and value high energy, innovative partners like Horizon to help us build Avon’s future,” stated Jara Witt, director, advertising, Avon.  “Horizon’s data-driven mindset and business intelligence platform is invaluable to us in developing breakthrough media engagement strategies.”