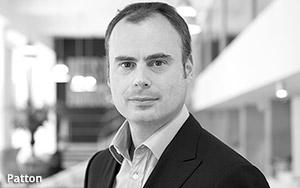 WPP’s Y&R has tapped sibling agency Grey for a new global president and a candidate to one day succeed Global CEO David Sable — David Patton. The appointment is effective in January.

Patton has been President and CEO of Grey’s Europe, Middle East and Africa region since 2010. He is the second Grey alum to have been recently chosen for a top post at a sibling WPP agency. Earlier this year Tamara Ingram took the helm of JWT as global CEO, replacing Gustavo Martinez after he was sued for sex harassment and retaliation (the suit is ongoing). Earlier Ingram had been CEO of Grey UK.

Succeeding Patton in the Grey EMEA role will be Alain Groenendaal, who is currently CEO of Grey Latin America, a post he has held since 2012. A new Latin America CEO will be announced in the coming weeks, according to a memo that Greygroup Chairman and CEO Jim Heekin issued to company employees regarding the changes.

Patton joined Grey in 2007 “re-engineering and revitalizing Grey London first, in what was called one of the market's biggest turnarounds, and subsequently 45 agencies across EMEA,” Heekin wrote. “Grey's reputation in the UK and across EMEA has soared thanks to a first-class management and creative team, a culture of innovation evident in our stellar creative and new business performance and forward-facing expanded digital, production and technology capabilities. David takes with him our sincere gratitude and best wishes for much continued success.”

Groenendaal joined Grey in 2008 to head up multicultural agency Wing in the U.S., “and has led the region with distinction,” Heekin stated. “He has taken Grey Latin America to the next level with a superb track record as one of the most creatively-awarded networks in the region. Its 13 agencies have won both FORTUNE 500 and major local clients, attracted world-class talent and expanded both the depth and breadth of their capabilities.  Recent significant acquisitions include Circus Grey in Peru and Maruri Grey in Ecuador. Half French, half Dutch and having worked across 17 countries, Alain will be very much at home in Europe.”

The departure of both Patton and Ingram to bigger roles at sibling agencies, Heekin posited, “are a remarkable compliment to Grey's ascendancy and success. They underscore the deep bench of talent our network possesses.”