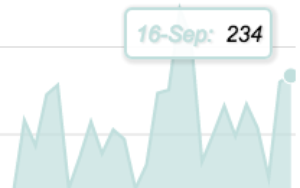 The U.S. advertising marketplace grew only modestly in September -- which nonetheless signals a healthy expansion considering that it is posting off an August that included significant incremental spending by brands participating in the 2016 Summer Olympic Games, including NBC’s coverage of it.

The U.S. Ad Market Tracker expanded to an index of 234, up three points from August - and reflecting even more organic growth -- up 10 points from September 2015.

The Summer Olympics hangover was most pronounced among the biggest media and advertisers most prone to participate in the games, especially the national TV marketplace.

National TV ad spending fell to an index of 163 in September, down from a 175 in August.

Mirroring that pattern, the top 10 ad categories -- representing the nation’s biggest brands -- also declined to an index of 238, down 15 points from August’s 253, although it was still the best September ever for the top 10.

Conversely, ad categories ranking 11-plus actually expanded from August, rising 21 points to an index of 214, although the group’s spending was down eight points from September 2015.

Among the major media, digital ad spending continues to expand the fastest and appears to have been immune from Olympic effects, rising to an index of 722 -- up 106 points from both August and September 2015.
advertising, media measurement, olympics, tv
Next story loading