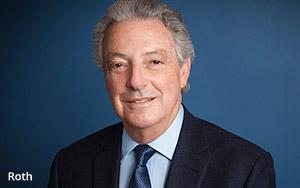 Analysts on a Friday morning call with IPG executives questioned whether the firm had been too conservative with its earlier organic growth estimates, to which CEO Michael Roth replied that juggling staffing levels with the “on-boarding” of new clients along with macroeconomic issues “is a tricky thing to model.”

And like Omnicom, IPG’s U.S. growth lagged the company’s overall performance with third-quarter growth of 1.8% versus 8.1% growth internationally. Over 60% of the company’s revenue is derived from its U.S. operations. When asked about the relatively tepid U.S. growth number Roth responded that the company has turned in 15% growth in the region over the past two years and that it “gets difficult” to sustain such growth over a period of successive years.

Roth also noted a “slowdown” in the healthcare business at one agency, but added that “tail winds” from revenue that starts to kick in from recent client wins should boost the U.S. growth figure (as well as growth in other markets) in the fourth quarter. “I’m comfortable with our U.S. performance,” he said, adding, “we do think the U.S. will improve in the fourth quarter.”

Total company revenue for the third quarter increased 3% to $1.92 billion, while operating income was up nearly 8% to $207.2 million with margin improvement of half a percentage point to 10.8%.

For the first nine months, revenue was up 3% to $5.582 billion, while operating income was up 9% to $452.9 million with margin improvement of four tenths of a percentage point to 8.1%.

In terms of geography, the company posted Q3 organic growth in all regions with the exception of Asia-Pacific, where there was a decline of 1.4%. The company noted that the decrease followed 7.2% growth a year ago. This year, revenue continued to grow in India while decreasing in Australia and China. For the nine months, the organic revenue decrease in the region was less than 1%.

Commenting generally on the quarter, Roth said it “reflected solid revenue and profit increase, with positive momentum from a broad range of our creative, marketing services and media offerings.”

Asked whether the political elections were causing uncertainty in the marketplace, Roth said that from IPG’s standpoint the answer was no. “The overall tone of business remains solid,” he said.

Commenting on the results, Pivotal Research Analyst Brian Wieser said he was maintaining his "buy" rating on the company and stated: "Investors should view these results positively, not least as the guidance raise reflects increased confidence in a strong fourth quarter, aided by recent new business wins. As we expect the company will continue to demonstrate a capacity to improve margins for several years to come, and as organic growth seems likely to continue at least in-line with (if not better than) industry growth for the foreseeable future, we continue to view IPG positively, and continue to derive a $28 price target on a YE2017 basis."