Video May Be Everywhere, But It Will Take Center Stage At The DPAA This Week: A Conversation With Barry Frey 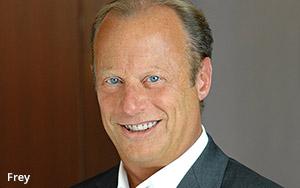 The Digital Place-Based Ad Association (DPAA) will hold its annual “Video Everywhere” Thursday with a focus on the shift from targeting consumers inside the home to targeting them, well, everywhere they go. As part of the agenda, the association will also probe what’s going on inside consumer’s minds, particularly voters, with a keynote by top political pollster Frank Luntz.

Leading up to the event, we spoke with DPAA President-CEO Barry Frey for an update on what’s going on inside the minds of advertisers, agencies and the media supply chain.

MediaDailyNews: Bring us up to speed on what the DPAA has been up to leading up to this week’s event.

Barry Frey: We’re continuing to grow both in terms of our existing members and from new members. Since I joined, we’ve doubled our membership and we’ve expanded into mobile, location and even internationally.

The reason we are growing -- and the heart of this week’s conference -- is the fact that digital screens are now everywhere, in terms of fixed locations, but also because of mobile. This really is our time, because consumers are once again changing due to advances in technology, as well as societal factors that have been fragmenting advertising inside the home and making it more challenging and complicated to reach people there, while advertising outside the home is becoming more effective, more targetable and more addressable.

If you look at TV inside the home, it’s fragmenting and cord-cutting is accelerating. The only TV properties that are doing well are companies like Netflix and other over-the-top vehicles that essentially don’t take advertising. And in terms of viewing on desktop, you’ve got ad blocking, fraud and clutter issues, which we don’t have on our screens, because our members operate closed-loop systems.

But the biggest changes are lifestyle ones. People are spending 70% of their time outside the home. They’re out and about more. And more of it is happening in urban locations where our members are concentrated. Big corporations are relocating to the centers of cities and urban environments are becoming the heart of the action. People just aren’t lounging around their suburban homes the way they used to and they’re not driving as much. This plays well into our members, which are developing better addressability, ad targeting and an array of good data. A number of our members use Nielsen, which is the currency. In addition, many of them are looking at mobile ID data to identify the user. They’re using cameras to understand who is in front of their screens. And once they know that, they’re working with data from Experian and Acxiom to understand what kind of consumers they are.

MDN: The fragmentation of media isn’t just happening inside of homes, it’s happening everywhere. But there’s no universe estimate for media consumption outside the home.

Has the DPAA ever tried to look at what kind of reach your members actually have outside the home? If consumer attention is being fragmented in all these different palces, what kind of data do you have about the DPAA members’ ability to reach consumers?

Frey: It’s hard to say. What we do know is that our medium is growing. If you look at recent estimates from PQ Media, digital place-based media is now almost a $3 billion marketplace and it’s growing fast. PQ estimates it will grow 9% this year.

In terms of audience reach, Nielsen did some comparables a year or so ago and we found that when you look at [adults] 18 to 49-year-old impressions, our screens were equal to the top 25 TV shows. That’s some sense of how we’ve been looking at it.

Frey: All you have to do is point out what’s happening inside the home: ad blocking, ad fraud, viewability. None of those things occur with our members, because they all operate closed systems.

MDN: How are you going to advance this during your show this week?

It’s not just at the TV Everywhere summit. We hold quarterly meetings with advertisers, agencies, journalists and others to talk not just about digital place-based media, but things that go above and beyond trade association issues.

We’ve also been doing a lot of work on programmatic -- working with Prohaska Consulting -- to explain how it impacts digital place-based media.

I’ve always enjoyed being an evangelist for new media and this is all part of that.

Once again we have CMOs and brand leaders, and CEOs of ad agencies and media agencies. People like John Costello, the “CMO’s CMO,” from Dunkin Donuts and Home Depot. We’ve got Lou Paskalis from Bank of America, Ed Gold from State Farm, M’lou Walker from Zicam. On the agency side, we have GroupM’s Irwin Gotlieb and Carat’s Doug Ray, who’s going to talk about moving from a “media agency to an audience agency.” We’ve got Kasha Cacy of UM talking about data “art and science.” And we have Alan Schulman of Deloitte talking about programmatic.

But probably the most topical news is that we have the great pollster Frank Luntz giving a Washington Insider perspective less than two weeks before the election of the century. He’s going to give us some inside views of what the thinking is inside the Beltway and how it relates to brands, media and marketing.

It should be a good summit and we’re excited about it.