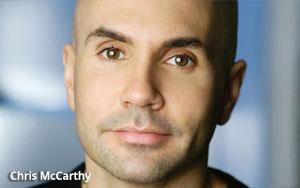 Even as CBS and Viacom continue to mull a re-merger, Viacom is making more senior-level changes at its flagship brand.

McCarthy was only recently promoted to president of VH1 and Logo in June of this year. He had been named general manager of VH1 in July 2015.

Viacom says that under his leadership, VH1 delivered its biggest year-over-year ratings growth in nearly 15 years. VH1 has pushed many unscripted TV shows, with its No. 1 effort in the genre “Love and Hip Hop: Atlanta.”

Before these posts, McCarthy was the senior executive at Logo, starting in 2014. In 2010, he was named general manager of MTV2 in 2010, working on shows such as “Guy Code” and “Nick Cannon Presents: Wild ‘N Out.”