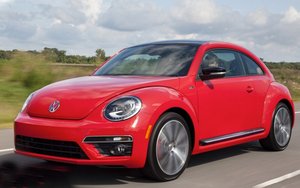 Volkswagen has reached what is being called the largest class-action settlement in the history of the American auto industry.

Under the terms of the settlement agreements, affected owners and lessees will be able to choose whether to accept a buyback or lease termination, or receive an approved emissions modification for their vehicle (if and when it becomes available). Volkswagen will also make cash payments to affected current and certain former owners and lessees.

VW has also agreed to pay $2.7 billion over three years into an environmental trust, managed by a trustee appointed by the Court, to remediate excess nitrogen oxide emissions from 2.0L TDI vehicles in the United States and invest $2.0 billion over 10 years in zero emissions vehicle infrastructure, access and awareness initiatives.

The automaker admitted last year that the cars were programmed to cheat on emissions tests. VW plans to offer specials for returning owners after the buybacks begin. Dealers could kick in even more. Volkswagen still faces a criminal probe from the federal government.

“Final approval of the 2.0L TDI settlement is an important milestone in our journey to making things right in the United States, and we appreciate the efforts of all parties involved in this process. Volkswagen is committed to ensuring that the program is now carried out as seamlessly as possible for our affected customers and has devoted significant resources and personnel to making their experience a positive one,” said Hinrich J. Woebcken, president and CEO of Volkswagen Group of America, Inc., in a statement.

This is a massive step forward in Volkswagen’s efforts to put its diesel emissions issue to bed, says Karl Brauer, senior analyst for Kelley Blue Book.

“The combination of customer repair/buyback options, plus the additional monetary compensation these owners will receive, should cover any losses TDI owners would have suffered from the cars’ drop in market value,” Brauer says. “Additional fines related to the advancement of clean energy, to counteract the air quality impact of these engines, further illustrates VW’s desire to address health and environmental concerns."

Resolution for its 3.0-liter diesel engines remains on VW’s “to do” list, as do settlements with individual states and markets outside the United States, Brauer adds.

The agreements do not apply to owners outside the United States.  Emissions regulations for vehicles in the United States are much stricter than those in other parts of the world and the engine variants also differ significantly. This makes the development of technical solutions in the United States more challenging than in Europe and other parts of the world, where implementation of an approved program to modify TDI vehicles to comply fully with UN/ECE and European emissions standards has already begun by agreement with the relevant authorities, according to the automaker.

The bad news for VW is the settlement will put the Volkswagen name back in the news in an unfavorable light, says Jack Nerad, executive editorial director and executive market analyst for Kelley Blue Book.

“The good news is that U.S. consumers seem to have short memories when it comes to automotive issues, so VW should be well on its way to moving forward without a millstone around its neck,” Nerad says.