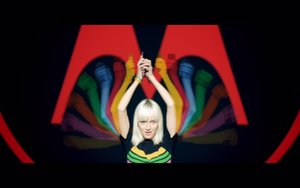 The Motorola Razr with its iconic catchphrase "Hello Moto" helped to make it one of the most popular phones ten years ago, recognizable with its unique colors and flip-screen capabilities.

Now, Lenovo and Motorola are capitalizing on Samsung's battery exploding woes by introducing the "Skip the Sevens" campaign that suggests buyers bypass Apple's new 7 phone as well as Samsung's Galaxy Note 7 in favor of the new Moto Z and Moto Mods smartphone.

Oglivy serves as the lead creative agency, with Weber Shandwick (PR) and Portal A (creative content and production) leading the influencer program.

This is Moto's first TV campaign since 2011 and a TV spot opens by referencing the past by pointing out how phones really haven't evolved over the past few years. Then the

brightly-colored and quick edited spot suggests that this will change thanks to this new device, which reintroduces the iconic "Hello Moto" tagline.

The campaign kicks off with a 30-second spot airing on Fox during the World Series - specifically at 8:18 pm during Sunday’s Game 4; 8:33 pm and 9:43 pm for Game 5 - and will run globally thereafter.

In addition, the campaign is aligning with social media influencers to help spread the word across social media. Thirteen high profile YouTube creators, including Ingrid Nilsen, Blogilates' Cassey Ho, and D-Trix, were hand-selected based on their unique audiences. The goal was to drive awareness around the new products and highlight key use cases tailored to those audiences.

To that end, The King of Random's Grant Thompson strapped the phone to a 10-foot rocket and shot it 16,000 feet in the air. The clip has already received more than 1.74 million views.

The campaign is also pushing price as a way to attract new users. Moto ads end with a $150 off promotion.

Earlier this year, Motorola was forced to apologize after releasing a nostalgic video that celebrated the classic Razr flip phone titled "Moto 06.09.16." At the time, fans believed the phone maker was resurrecting the classic phone. Rather this video was designed to elicit excitement for this Moto Z.

Lenovo purchased Motorola Mobility for nearly $3 billion from Google in 2014.