Burberry, Macy's Get Cinematic For Holiday 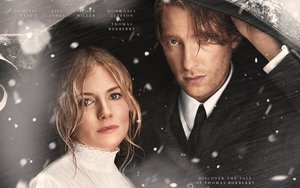 Retailers are looking to inject reels full of nostalgia into seasonal ads this year, with both Burberry’s and Macy’s reaching back into history for their holiday marketing campaigns.

Burberry’s new ad, running more than three minutes long, is filmed as a movie trailer. Called "The Tale of Thomas Burberry," it fictionalizes the story of the famous clothing genius who founded the company. And besides the season’s new fashions, it packs  plenty of British star power, including Sienna (“American Sniper”) Miller, who stars as Burberry’s first love; Dominic (“The Affair”) West as Sir Ernest Shackleton, the Antarctic explorer who wore Burberry’s gabardine for three expeditions; and Lily (“Downton Abbey”) James as a pilot, based on Betty Kirby- Green, a woman who broke aviation records in a plane called “The Burberry.” Domnhall (“Harry Potter”) Gleeson plays Burberry.

There are also World War I scenes, with plenty of extras playing Tommies, under fire in trenches wearing—what else?—trench coats. (Turns out Burberry isn’t the only brand connected to these coats. Both Aquascutum and Macintosh can also lay claim to the invention.)

Macy’s is in mini-movie mode for the holiday, too. To mark the 90th anniversary of the Macy’s Thanksgiving Day Parade, the retailer teamed up with BBH NY to make “Old Friends.” The short film—without any dialog—tells the story of a little boy who returns to the parade again and again to see his favorite Santa balloon. When he gets too old to make the trip, the balloon breaks free to visit him one last time.

While the ad, which recreates New York through the decades, has an archival vibe, the store is making this year’s parade as digital as possible, introducing the Macy’s Parade Time Traveler app, which lets fans interact with history. Using the camera on a smartphone, it transports into the 1980s, 1960s or 1930s, letting them take a selfie in the past. They can also collect virtual balloons from the parade’s past. It has also created a Stickers app, so users can add a splash of parade imagery to text messages.