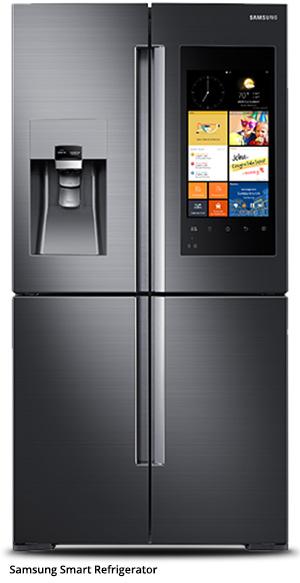 A flood of connected home appliances is on the way.

There has been a limited number of new products and market movement recently, but that is about to change, based on a new study.

The number of connected home appliance shipments will hit 202 million units globally by 2021, up substantially from 17 million this year, according to the Smarter Kitchen, Smarter Shopping study by Juniper Research.

Smart appliances will be dominated by large vendors, unlike the smart home ecosystem that was developed by small startups, according to Juniper.

Juniper also ranked industry leaders based on range of products, brand strength, range of functionality in their appliances, future business prospects and partnerships in the industry. The top ranked manufacturers, in order, are:

Interestingly, Juniper sees the consumer migration to online commerce with the refrigerator becoming a mechanism for ordering as well as storing food, stating that many smart appliance manufacturers are focusing on making the refrigerator the hub of the smart kitchen.

The only entity in the market offering groceries via refrigerator app is Mastercard via the Samsung Family Hub Fridge. Juniper notes the obvious hindrance in more refrigerator commerce happening being the perceived lack of a value proposition for consumers.

The big smart appliance driver is seen as the low cost of connectivity. It is estimated that the cost of integrating connected technology, such as a Wi-Fi unit, will remain below $10 over the next five years.

The chances of a consumer’s next major appliance being ‘smart’ is dramatically increasing, in addition to adding new screens for potential in-home marketing riding along with many of the appliances.

How the appliances will be used still will be up to the consumer.