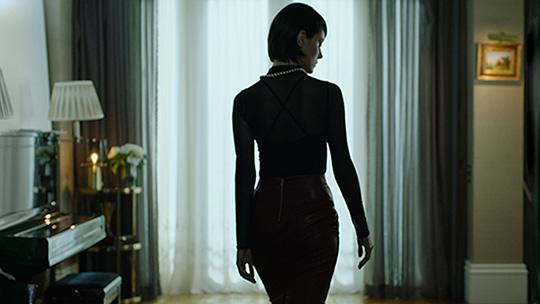 Mikimoto is shifting its focus from showcasing its upscale pearls to recognizing the women behind the jewelry in its newest ad campaign.

Developed with agencyRokkan, the "Explore The Original" campaign campaign is comprised of four highly stylized films that illustrate how the Mikimoto Woman is different from who we expect a traditional pearl-wearer to be.

"Mikimoto wants to change the world perception of pearls through this campaign by showing people there is more to the Mikimoto Woman than meets the eye," says John Noe, CEO/cofounder, Rokkan.

The films are set in New York, Paris, and Tokyo with one long-form video that ties all three locations together.

The films will be shared via paid social placements on Instagram and Facebook, with the Rokkan media team also handling the paid placements on behalf of Mikimoto. The "Explore The Original” messaging will also appear via the brand’s homepage to raise further campaign awareness and encourage visitors to shop the collections.

The Publicis-owned agency has been in partnership with Mikimoto in the U.S. since 2013 and globally since 2015. The agency has redesigned the brand’s ecommerce site, as well as developed digital campaigns focused on driving product sales around key holiday moments (e.g., Valentine’s Day, Mother’s Day, winter holidays) with paid media support.